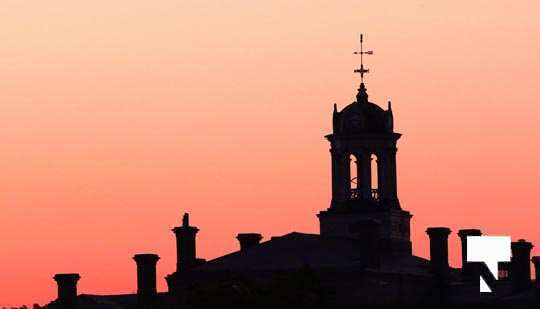 By Cecilia Nasmith/Today’s Northumberland
Julie Behan-Jones reviewed the Summer of COVID for Cobourg council’s committee-of-the-whole Monday, with a focus on how the town adjusted to a season with its own special requirements.
Even the decision to open the marina, harbour and campgrounds was not a foregone conclusion, the assistant manager of waterfront operations said. And then once the decision was made, staffing was a challenge.

“We were very, very fortunate this year to invite some staff that had never worked with us before from other departments,” she said.

“We had two gentlemen from the Concert Hall. One of them went out there, got his boat driver’s license and worked on the dredger.

“Students were hired very late in the season, so they had to hit the ground running. And a big part of being able to hire the students this year were the government incentives. They exceeded our expectations.”

They were guided by the expertise of the Haliburton Kawartha Pine Ridge District Health Unit and their own emergency planner in their operations, with the result that very stringent rules were put in place to safeguard the safety of their guests (and the students) – sign-in requirements for admission to buildings, for example, as well as three daily disinfection cleanings of high-use surfaces.

Seasonal occupancy was down at the marina (with corresponding revenue loss). However, “communications increased one-hundred-fold within the marina and harbour. We sent out many e-mails and updates, policy changes, newsletters, and tried to reply to questions and concerns we got from boaters and residents. There were Zoom meetings and people knocking on the door with questions.

“The boaters seemed to be thrilled with knowing everything we knew in a timely fashion.”

As for transient boaters, they exceeded the numbers they were expecting, a particular challenge given the COVID rules in place. For example, certain distancing parameters between transient and seasonal users were required, so there was greater use of the seawalls and centre pier for these marina users.

Behan-Jones said they worked closely with Border Services to ensure the border closures were enforced.

“They were feet-on-the-ground all the time,” she said.

“No US residents were in the harbour this year that were not there appropriately.”

A survey of seasonal boaters went out in August, with 57 responses.

“I am thrilled with the survey results,” she said.

“It really spoke to what our customers want and where we should be planning our capital projects that will make our stakeholders happy.”

According to the survey, areas needing the most improvement were dock gates, with dock ramps a distant second. Only 2% of respondents felt marina reception needed further refinements.

Behan-Jones she felt one point was worth emphasizing. When asked what made respondents choose Cobourg harbour, “location of marina relative to home” was by far the top pick.

“Most of the people who are seasonal users live in this community or this county,” she pointed out.

“Those are our taxpayers and our stakeholders.”

A successful dredging season included two contracts that brought in revenue from the Presqu’ile Yacht Club ($45,000) and the Wellington Channel ($100,000).

The campground was not opened to the public until late June (previous to which it was fenced off as a relief facility for first responders), so numbers were down drastically – though she expects the closure of the beach was another factor.

Following the presentation, Councillor Emily Chorley asked if she’d had any comments on the marina’s electrical upgrades, and Behan-Jones had good news to report.

The contract for these upgrades went to Lakeland, who completed the work under budget, and the work has increased confidence among marina users in the reliability of the system. They believe the height of these installations means that flooding will not cause the system to fail in the future as it did during the flooding of recent years.

Editorial - What a difference a week makes. Last Saturday, a snow storm hit the area causing white out conditions